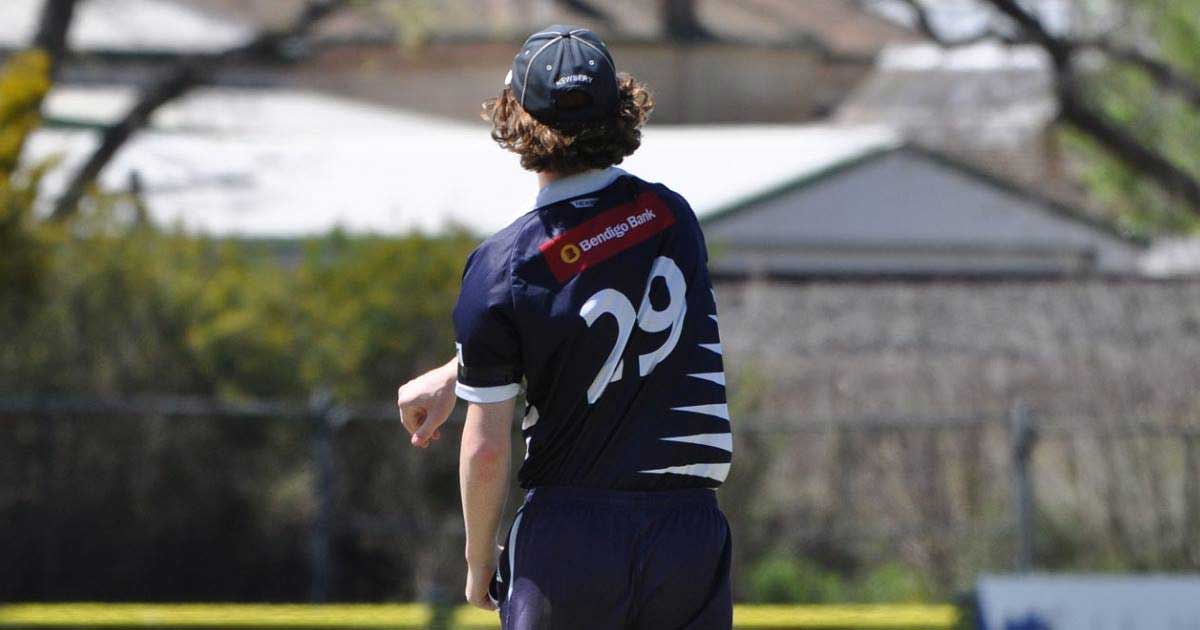 Ahead of his arrival in the UK next week, neccc.co.uk caught up with 2019 overseas player Charlie Dahlenburg for a quick interview before the Victorian joins up with North East Cheshire for the UKFast Cheshire Cricket League season.

Hi Charlie. Firstly, welcome to North East Cheshire Cricket Club for 2019.  As a player from Geelong Cricket Club in Victoria Premier Cricket can you tell us what your relationship is with Grade Cricket and how this season has gone?

Thank you, I am keen to get started. With my club here I was put in touch with the head coach at Geelong last winter and, after we completed a solid pre-season, I was put in the 2nd Grade. I played three games there and made a few runs before my season was interrupted by school commitments. After this break I was put in the 3s and remained there until the end of the season. As a club they are great, excellent facilities and good people, although I have to do a fair bit of travelling to get to training and games.

2019 will be the first year of NECCC after being formed in the off-season, can you let us know your thoughts on being the club’s first overseas player?

I am very excited and keen to get involved. It’s pretty exciting being the first overseas player for the club and I’m eager to get over there and hopefully do a job for the team. A lot of the boys have messaged me which has been nice and welcoming.

How would you assess your game currently and what are you looking to get out of a season in the Cheshire Cricket League?

I've been batting 3-5 for Geelong, I like to play against spin and would say I'm a relatively attacking batsman. Currently, I see myself as a player who can score runs consistently when in form but can also be prone to a lean patch. This season in the Cheshire Cricket League I’m looking to back myself and have full confidence in my game, even in the event of a low score.

As a young pup you’ll also be eligible for the U19 Vitality Blast campaign, is there any message you’d like to send out to the more promising juniors in the club who will be playing alongside you and to those who you will be helping to coach on Friday evenings this summer?

It’s great that I make the cut off date for the comp, and to the U19 boys I’ll be playing with I can’t wait to get stuck into it with you despite the freezing weather over there currently! I am looking forward to helping out the coaches for Friday evenings as this isn’t something I’ve done a lot of so it will be a good experience. To those junior lads, all I’ll say is enjoy your cricket with your mates at that age.

Obviously this year is both an Ashes summer as well as the Cricket World Cup. Any predictions for how this is going to go for the Aussies with Steve Smith and David Warner set to return to the international side?

Yes, it is a very big summer for the Aussies over there. All the pieces are coming together for a 6th World Cup title for us with Warner and Smith returning. As for the Ashes, it might actually be a contest this time round. Although given England’s recent tour to the Caribbean I’ll have to say yet another Ashes series to the Aussies.

We’ll end with a few throwdowns. I’m sure you’re familiar with the format but if not then these are a few self-indulgent questions with the joke already wrapped up in the question so let's get started...

As a schoolboy at Geelong Grammar School who has missed a portion of the Australian summer to prioritise his exams, you are clearly a smart young man with a great future ahead of you. With this in mind, just how angry are your parents that you’re deferring university to spend 6 months of village cricket nicking off to the Dukes ball on a green top?

Haha! Well I actually decided to defer when I was trying to accept my uni course online but I didn’t know to pick my units and subjects so I clicked the defer option instead and that was that. And yes I’m certainly not looking forward to batting on swamps over there, I’ve actually played against a dukes ball once though in Brisbane. I only made 2 so hopefully I can turn that form around over there.

Geelong Cricket Club is the home of Australian white ball batting phenomenon Aaron Finch. In your time at Geelong how many times have you met Aaron, have you ever attempted to refer to him face-to-face as "Finchy" and do you, or any teammates, own a pair of his gloves?

Nah I’ve never met him or seen him at the club actually. My school coach, Damian Shanahan, used to be assistant coach of the Melbourne Renegades though and coached Finchy as a junior and they are still in contact. Damian often used to say to me that he’d take me out for lunch with Finchy one day but it never happened unfortunately.

And finally, on the 10th March 2013 you started a fledgling YouTube career with a 7 and a half minute video of your 13 year-old self playing a variety of shots in the nets. 6 years and only 35 views later, are you still blaming the choice of Axel F from "Beverly Hills Cop" as your backing track as the reason you never went viral and monetised the ad revenue from millions of views on the world’s foremost video streaming platform?

Hahaha, ****! Yeah, I need to take that down! It’s from an old YouTube account which I forgot the login for so I can’t! Don’t have much to say about that one. No comments.