The late May Bank Holiday saw dramatic action for the 1stXI at home to Lymm, and a maiden ton for Chester Bowden in the 4thXI on Sunday in their defeat of Cheadle Hulme Ladybridge. Elsewhere the 2ndXI faced disappointment as their opponents were unable to raise a team, and the 3rdXI struggled again away from home.

A bumper crowd boosted by the Poynton Beer Festival were given real value for money as the 1stXI and Lymm played out a thrilling encounter at PSC. The hosts flew out of the blocks on an excellent batting wicket with the league’s leading runscorer Blake Munilla hammering the ball to all parts. However, his wicket (LBW for 42) allowed the Jets to rein in the scoring with some crafty veteran bowling from left arm pair Dave Oldfield (3-24) and Jimmy Williams (1-30).

When Danny Williams (4-59) then returned to claim four wickets with a mixed bag of cutters Lymm were 144-9 and the Jets were eyeing up an early tea. Final pair Wali and Khan had other ideas though and finished how the innings had began, a final-ball six taking Lymm to maximum batting points at 181-9.

North East would be indebted to similar positive play from their last pair but should never have required their intervention after working their way to 99-4. Sam Pendlebury wreaked havoc in the middle overs though with three quick wickets, including set batsman Andrew Clarke (57). When a catastrophic runout then left Jimmy Williams stranded and Dave Oldfield injured the game seemed up.

Funny things happen with a runner out in the middle though and, after slowly negotiating the side to further batting points, the return of the opening bowlers saw Oldfield (33*) unleash boundary after boundary. Jack Harland got in on the act with a six over the leg side and a brilliant win was confirmed in the final over with a seventh four from the bat of Oldfield.

Unfortunately the 2ndXI suffered a concession for the second time this season so were left with an aborted trip to Europa Exiles. With the league fixtures containing several double headers, fingers crossed that the Exiles have better availability for the coming weekend and their return trip to London Road.

The 3rdXI’s away form continues to blight their season as a batting slump turned a potentially winning position into a loss at the league leaders Cheadle Hulme Ladybridge. The bowlers were led by Andy Welsby (3-26) as the home side were dismissed for 128, the innings ended by a well-times one-ball spell from skipper Owen Johnson (1-0).

More discipline could have led to an even more manageable chase but a generous 25 extras seemed to be making little difference to the result when Sam Potter (20) continued his fine batting form and the Jets cruised to 70-3. Fresh from top-scoring in the first innings, the introduction of Padfield (6-12) then turned the game upside down as five lower-order ducks saw North East skittled for 75.

Chester Bowden followed Jack Airey into the record books on Sunday, becoming the first home centurion in club history as his 101 at London Road helped the 4thXI continue their strong start to the season. He struck nine 4s and one 6 to dominate a team total of 160-9 which would have been more but for an outfield slowed by morning rain.

A strong bowling unit then got to work and quickly finished the job, delivering ten wickets inside 22 overs. Manusha Wettasinghe (3-10) and Adam Burgess (2-17) were the statistical pick but the champagne moment came from skipper Damien Mullany who produced an outstanding one-handed catch at gully to give Jamie Henderson (1-6) a deserved wicket for his 7 overs of probing new-ball bowling. 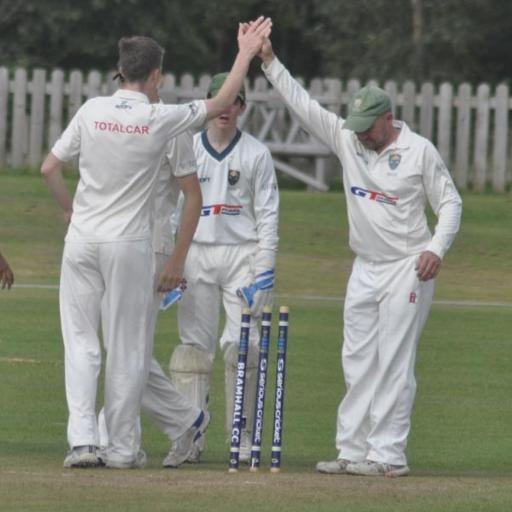