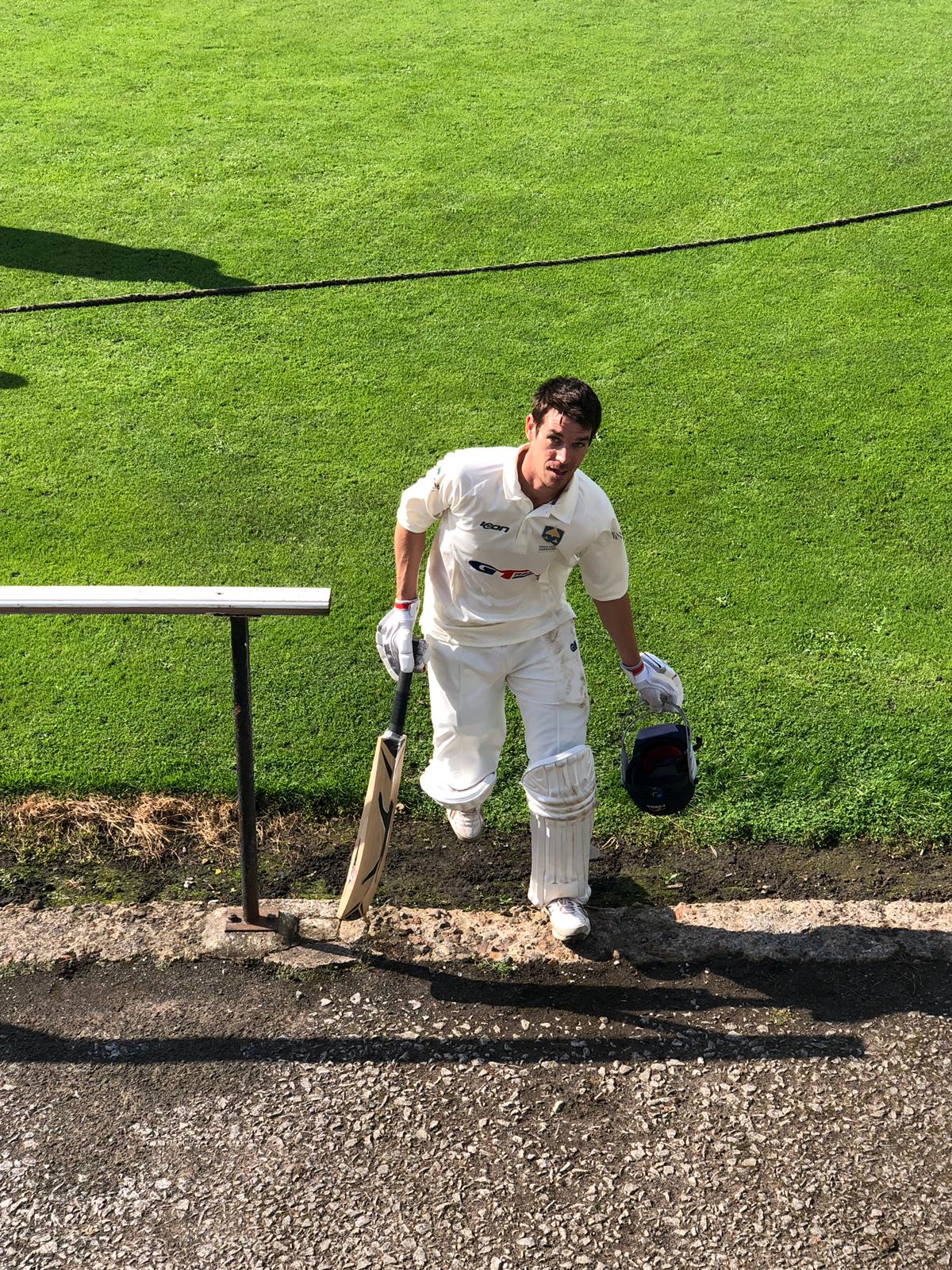 A trio of near-identical losses punished North East Cheshire for losing three important tosses on Saturday as it was left to the 4thXI to carry the torch for the Jets. The 1st, 2nd and 3rdXI all saw themselves invited to bat after rain-delayed starts and couldn’t find the runs required to hold their opponents at bay after tea.

For the 1stXI it was a familiar tale in 2019, playing a strong team close without doing the necessary to convert some fine individual moments into a win. Cheadle Hulme arrived chasing promotion in addition to their Cheshire Shield triumph and their impressive opening bowlers were understandably a handful after rain reduced the contest to 37 overs aside.

A stand of 81 between veterans Jake Reynolds (44) and Andrew Clarke (47) dragged the side towards a competitive total having being 44-4, but with both set batsmen dismissed in the push for runs in the latter stages the hosts had to settle for 138-8. A poor start in the field then rendered this undefendable, even with a late sting in the tail with the ball.

The visitors shot out of the blocks with the Jets feeling the absence of dependable new ball operator Toby Carson. Two early wickets for Danny Williams (6-28) couldn’t stem the flow of runs which made it all the more frustrating when his second spell yielded four more scalps as Cheadle Hulme eventually scraped home for a three-wicket win.

The 2ndXI suffered a shock reverse away to Winnington Park having comprehensively defeated the same opponents the week previous. A first loss of the league campaign owed much to a failure with the bat as Adam Burgess and Andy Welsby had to dig the side out of a hole, the latter carrying his bat for a career-best 28* out of a final total of 118-8.

Scores in three figures have generally been defendable for the 2ndXI but not so here, despite the best efforts of an attack led by Joe Rooney in his first outing of the season after A Levels and travelling. The home side surpassed the Jets total for the loss of 6 hard-earned wickets, still leaving the boys with work to do in the final two weeks to confirm the title.

A rare day of three senior losses was confirmed with a reversal for the 3rdXI at HMV in a game where bowlers on both sides failed to take advantage of a damp wicket. Unsurprisingly invited to bat, inform father-son duo of John and Will Westerby looked at ease as North East reached 129 for the loss of just 4 wickets in their reduced allocation.

Just three wickets fell in response though as the home side blitzed their way to 130-3, one to chalk up to experience for a young side playing against a 1stXI.

The 4thXI saved some face for the weekend and kept their outside title chance alive by making quick work of Ashton-on-Mersey at London Road. They bundled the visitors out for just 36, Andy Hadfield’s (3-11) slow left arm cleaning up the lower order after braces for Jamie Henderson, Sam Turnbull and Sam Thompson.

The runs were quickly knocked off for just the loss of Dan Mullany (13) as Rob Bowden carried his bat for 24*, the winning runs arriving in the 8th over. The 4thXI season finishes next weekend where they will need a win and hope Lindow to drop points in order to return some silverware.