All four senior sides completed their fixtures despite another extended period of inclement weather. Three wins was a good return as the 1stXI kept up their winning run, but it was the 3rdXI who produced the result of the weekend with an incredible turnaround away to Holmes Chapel.

The 1stXI are one of a handful of teams with promotion fate in their own hands in the last month of the season. Another much-changed side beat Stockport Trinity and, more importantly, the weather on a grim Saturday afternoon. For prolonged periods it looked like a second successive frustrating day at the office but a successful DLS chase saw the 1stXI run out comfortable victors and collect a deserved 25pts.

The Jets elected to bowl to offer further control in a potentially rain-reduced game and produced a disciplined display in the absence of spearhead Jamie Henderson. It kept the scoring rate in check but wickets only arrived late from the unlikely source of Chester Bowden, his bustling medium pace returning 4-13 at the death of the innings to keep Trinity to a manageable 139-9.

The rain soon arrived in the second innings, forcing the Jets hand as they sought an aggressive start. Jake Reynolds (47) and Saul Gould (23*) got off to a flyer, quickly raising a fifty stand before the inevitable stoppage after eight overs. The result was inevitable if only play could resume but one quickly aborted resumption left things in the balance. With time running out a final break in rainfall allowed the completion of the job, chasing down an adjusted winning target of just 77.

The 2ndXI’s season continued to unravel with a home defeat to Lindow, a disappointing fifth loss of the campaign. Missing almost an entire first choice eleven, the Jets batted first but only skipper Alex Dyson with a patient 33 could survive the new ball. Useful hands from the lower order, including a dynamic 27* from Manusha Wettasinghe, swelled the score to 137-8 by the close but this would then be readjusted in a rain-reduced chase.

Eventually defending just 105 on the DLS calculation left no margin for error for a side missing five of its top six wicket takers. The visitors set about their chase in a professional manner, batting solidly to limit wicket-taking opportunities and guarantee a comfortable victory. Single scalps for Joe Rooney, Manusha Wettasinghe and Ed Parkinson were all the 2ndXI had to show for another loss as a fifth-place finish looks guaranteed.

The 3rdXI pulled off the performance of the weekend with a heist at Holmes Chapel, winning from an impossible position to topple the side in second place in the league. The threes bowled and fielded superbly to dismiss the hosts for 110 as Andy Hadfield (5-38) returned his first Jets five-wicket haul. That good work then appeared to have gone to waste when the reply slipped to a shambolic 11-5 and then 21-6 as no less than six batsmen failed to trouble the scorers.

Opening bowler Wayne Jeff returned a remarkable 8-8 but once his 10 over allocation was bowled he had to watch a remarkable turnaround, led by Luke Johnson. The u19s allrounder struck eight boundaries in a first career fifty, repairing some damage with Willis Brown before an incredible last-wicket stand with Ben Holbrook. The number 11 scored two from his first delivery before dropping anchor, allowing Johnson (58*) to feast on the change bowling to level the scores and then strike a match-winning boundary to the delight and amazement of his teammates.

The previous clash between these two sides saw the 4thXI come out on top of a thrilling game that went down to the final over. There was no such drama here for Damien Mullany’s charges as they delivered a much more comfortable margin of victory. A six-man Jets attack all did the business for their skipper, led by father and son duo Scott (2-16) and Ed Parkinson (2-28).

Sam Scragg, one of those missing from Saturday selection, dominated the chase with an unbeaten 50* that guided his side home. Double-figure efforts from Rob Bowden, Alex Dickman and the skipper saw the Jets in cruise control, winning with plenty of time to spare as a final boundary took Scragg to his personal milestone. 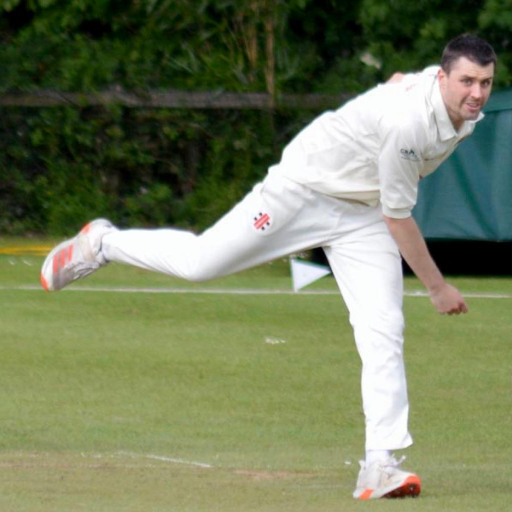