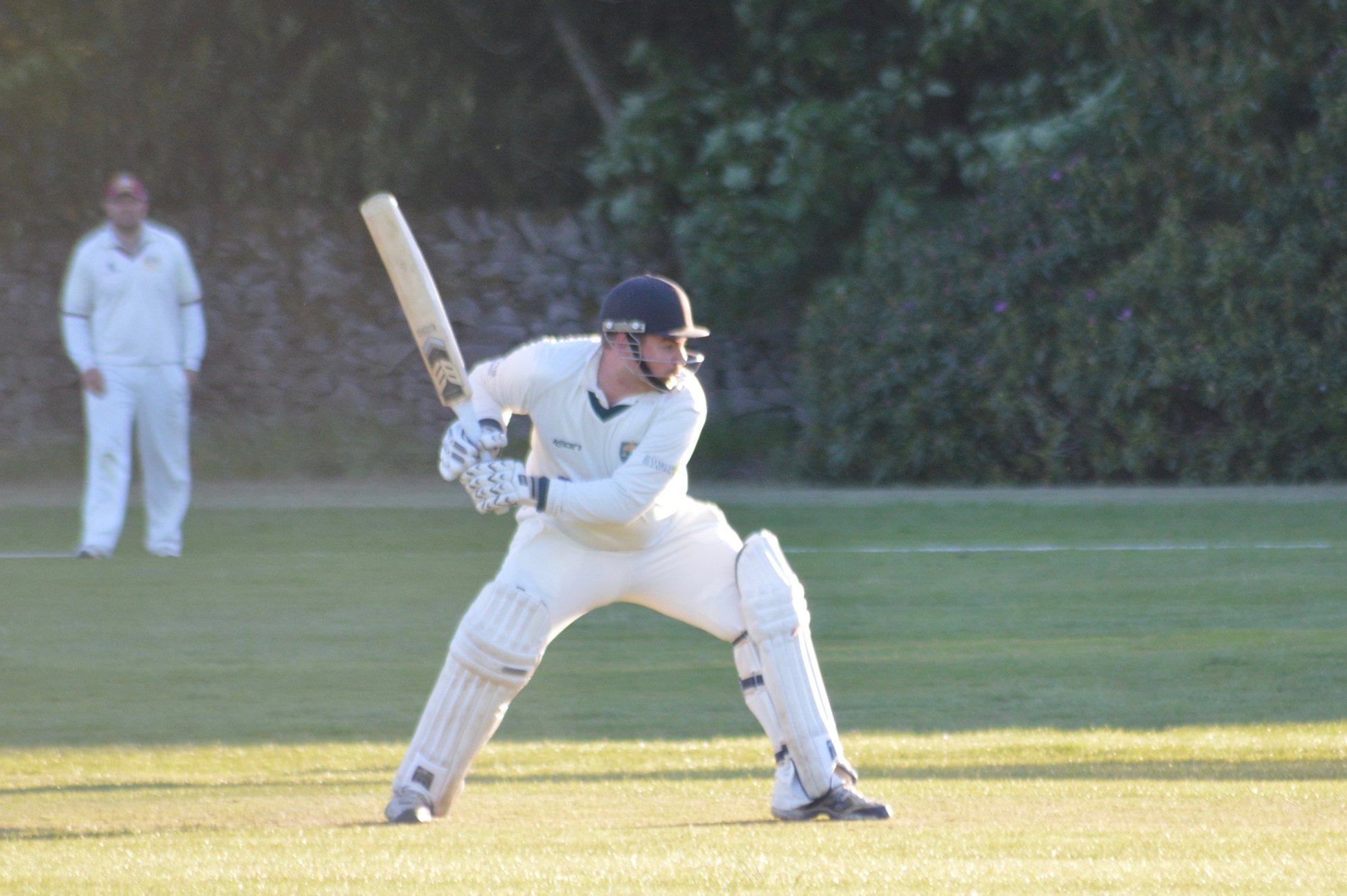 The start of the 4thXI league campaign saw a full house of North East Cheshire senior mens’ fixtures over the weekend. 39 different players represented the club and helped return three wins with the 1stXI again the weak link in the search for an elusive full house.

Perhaps still in Twenty20 mode after Thursday evening, North East flew to 67-3 after 10 overs at Ashton-on-Mersey in an all-action start after losing the toss and being inserted on a used surface. Skipper Reynolds (26) and last week’s 2ndXI centurion Jack Airey (26) brought some calm to proceedings but the loss of both set batsmen in the lead up to the drinks interval proved a key period of play.

Again the 1stXI had a batsman stranded with Will Ritchie 20* not out as the Jets left more than 10 overs unused and only 6pts in the bank at tea. Australian spin duo Faulkner and Hatzoglou shared the final six wickets to fall and a total of 149 looked well under par on a ground that boasts the best value for shot in the league.

It proved to be the case after tea and, whilst there was success for teenage spinners Mikey Gilmour (2-34) and Sam Waller (1-5), the hosts cruised home to display their promotion credentials. Tom Scott succeeded where the 1stXI batsman had failed and turned a start into a match-winning 52 before being bowled by Jack Harland (2-27).

Another dominant bowling display strengthened the 2ndXI’s hold on top spot as Holmes Chapel were dismissed for 54. Mercifully, this was after the Jets had batted first and totalled 207-7 from their 40 over allocation. A team effort saw no batsman register a fifty but seven reach double figures, led by Jimmy Williams (40), Matt Wragg (35) and Jamie Henderson (34*).

This was replicated with the ball as all five members of an experienced bowling attack found success and the fielders contributed a pair of runouts. Change bowlers Adam Burgess (3-8) and Andy Heath (2-8) led the statistical analysis with single strikes apiece for messrs Henderson, Wood and Wettasinghe as the bowlers continue to impress with fierce competition for places.

The threes retained their 100% home record with a successful chase against visitors Prestbury at the DASC. Captain Owen Johnson introduced some carnage with his mystery spin in a three-over spell of 3-25 to allow Nathan Warner to return for a shot at the tail. His 3-17 helped dismiss Prestbury for a Nelson’s 111 all-out which was comfortably chased after the interval.

Just over 20 overs were required to seal victory as stands of 44 and 37 for the second and third wickets set a solid base. Brothers Dave (29) and Sam Potter (20) enjoyed each other's company at the crease whilst there were useful contributions from opener John Westerby (27) and Andy Hadfield (20*) collected a red inker.

After three runouts in the Twenty20 competition, the 4thXI welcomed in the league campaign with a win at Elworth. Alex Dyson made the most of the trip to south Cheshire with nine overs of suffocating off-spin, returning 4-26. Only a late flurry of runs from opposition captain Johnston carried his team to 125 by the time the final wicket fell.

In comparison the Jets reply took on the opposite complexion, opening with a strong stand followed by a collapse of wickets. Juniors Gould (43) and Bowden (26) combined for a classy stand of 79 that made victory seem inevitable, but Sam Sherratt’s perseverance was rewarded with 5-38 and a few worries before the Jets finally surpassed the Foxes total eight wickets down.