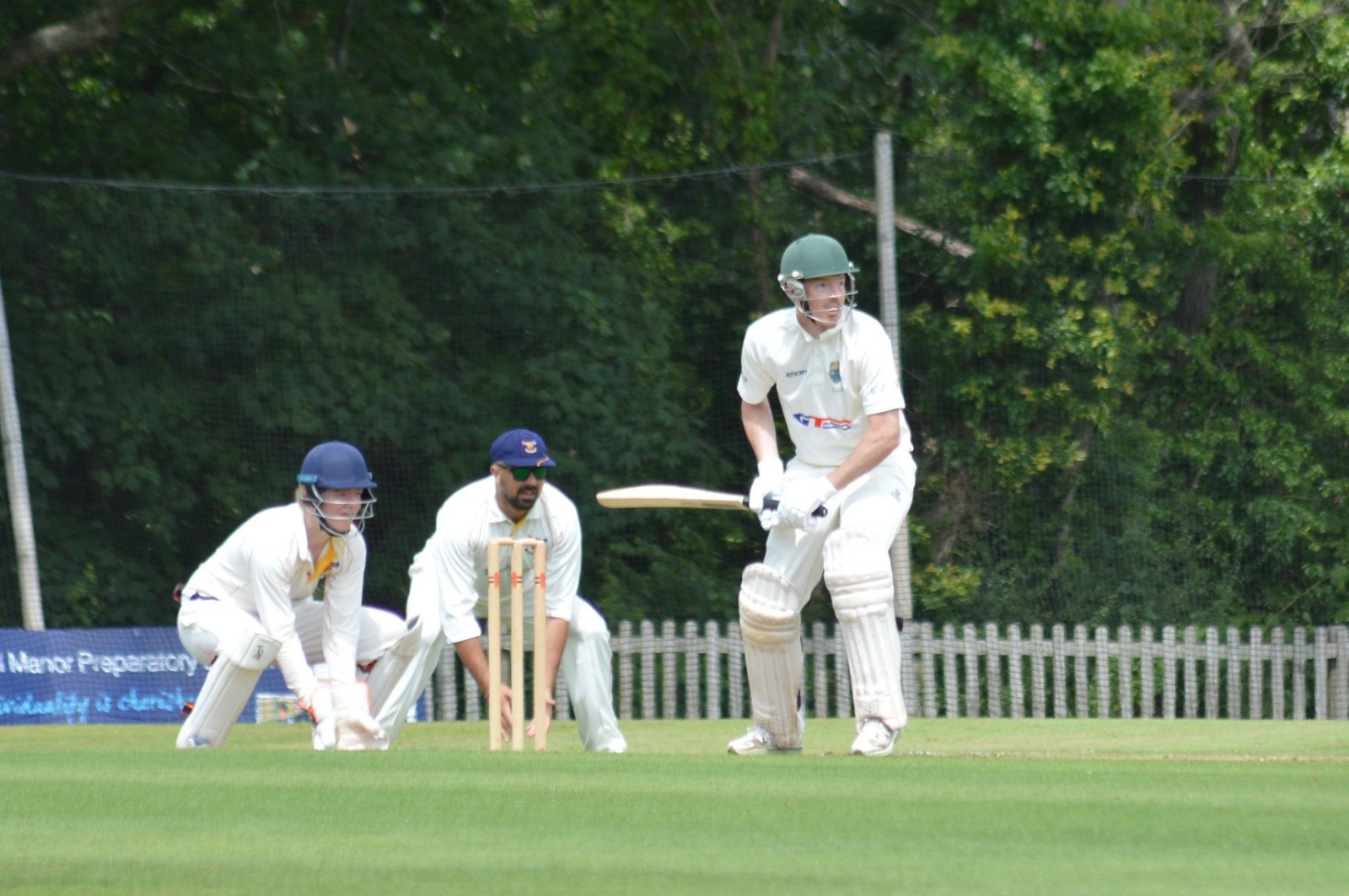 The August Bank Holiday provided some long overdue sunshine and a first chance for all four senior sides to take to the field in what felt like a lifetime. Any concern about lack of match practice was misplaced as a clean sweep showed the skill and potential all 4 XIs possess.

After three abandonments in four weeks, the 1stXI registered a much-needed victory at Stockport Trinity. They were indebted to a captain’s innings from Jake Reynolds who, after arriving at the crease at 17-4, carried his bat for 75* including the towering six that overhauled the hosts first-innings total.

Despite fine weather on the day it was another afternoon of hard graft on a soft wicket and outfield that offered little value for shot. It saw run-rates rarely creep above three an over and meant that even when Trinity were 100-2 with 10 overs left they could only limp to 129-9 with the reliable pair of Toby Carson (5-36) and Danny Williams (3-34) again leading the way.

Given the lack of cricket in recent weeks it was little surprise that the Jets initially struggled in response but from 8-3 and then 17-4 Jake Reynolds and James Banner took control. The pair added 73 and took the sting out of the game before Banner was caught at the wicket to spark another mini collapse. Reynolds remained though and with Danny Williams patiently ticked off the winning runs.

The 2ndXI took a big step towards the league title with a win over Winnington Park, a welcome 25pts after seeing their lead eroded due to inaction in recent weeks. The eleven had an unusual look with Bank Holiday availability issues but North East scrapped their way to 152 thanks to 51 from Jamie Henderson, raised with consecutive sixes, and 32 from Stew Reynolds in his first game of 2019.

The visitors were the only Division C team to hit three figures against the 2ndXI this season in their first encounter but there was to be no repeat of that against a rabid bowling attack. Jamie Henderson (2-2) and Lewis Wood (1-10) set the scene for Mikey Gilmour and the left arm spinner tore through the Park middle order with 5-6. Andy Welsby (2-6) cleaned up the tail in his first game for the 2ndXI to leave Alex Dyson’s men two wins away from silverware.

On fortress Jackson’s Edge the 3rdXI delivered their fifth home win of the season and seventh in total with a strong performance over fourth place Lindow. The batting fired thanks to father-son duo John and Will Westerby, with 72 and 21 respectively, and Alex Oswell (43) as the top order did the bulk of the work for an imposing total of 184-8.

Nathan Warner (4-46) accounted for the top three cheaply but a middle order rally from James Bracewell (72) kept Lindow in the fixture. However, he was one of three runouts from the Jets as they kept their cool and secured a 17-run margin of victory.

A routine victory over basement side Sale set up an intriguing finish to the Sunday league season where the Jets, Lindow and Cheadle Hulme Ladybridge are vying for the title. John Westerby completed a productive weekend with a second half-century before Adam Burgess (42) and Sam Scragg (39*) carried North East to an even 200-4.

This was more than enough to defend as six of the eight-man bowling unit shared the wickets with braces for Jack Chignall, Dan Mullany and John Westerby, completing a fine all-round performance. The 4thXI now sit joint top with Cheadle Hulme Ladybridge, Lindow sat just two points behind and with a game in hand.