Runs Flow for Jets as Reynolds Leads the Way 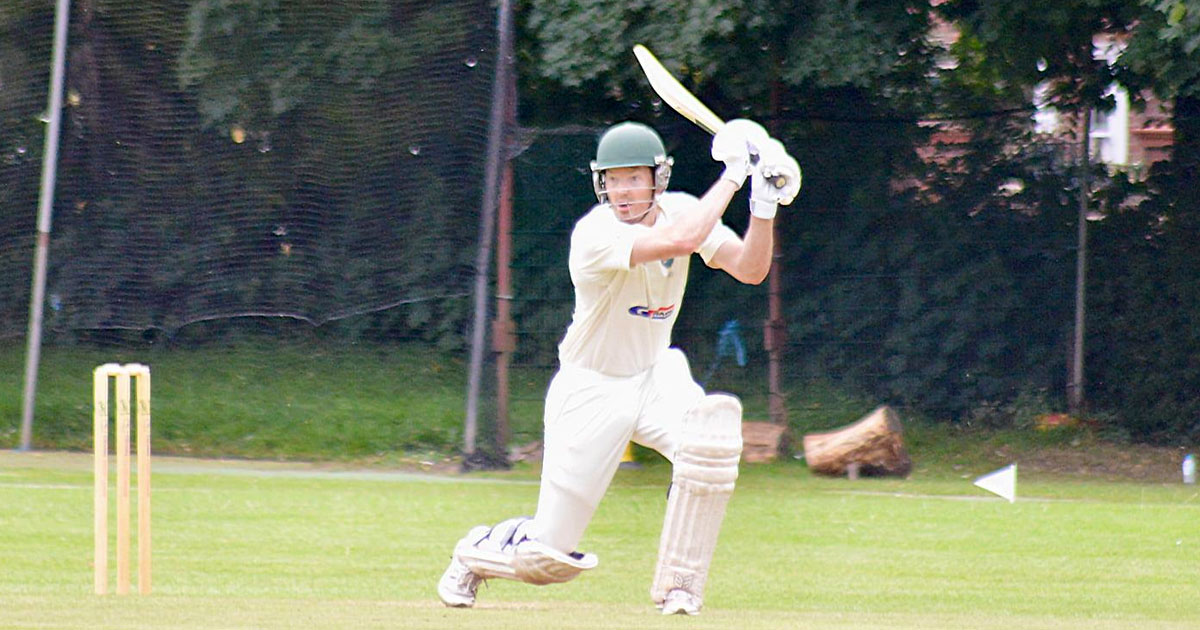 Another strong weekend showing from the senior sides suggested that much can still be gained from the truncated 2020 season. 43 different players represented the club across the weekend with more to come on Monday night as the U19s resume T20 action. Despite grey skies and some intermittent rain, it was batting to the fore as some fine individual displays yielded four fifties and one blistering century for the Jets.

1stXI captain Jake Reynolds took centre stage at Poynton Sports Club as a relentless batting display from the Jets amassed an insurmountable 267-1 in just 35 overs against Bredbury St Marks. The skipper backed his decision to bat first with a scintillating 127* (13x4, 2x6, 91b) as an opening stand of 178 with Andrew Clarke (64) ground a weary visiting side into the dirt.

Thoughts of any respite with that partnership broken were quickly put to rest by teenager Sam Waller who launched a savage attack on the beleaguered bowlers to close out the innings. In 29 deliveries he raced to 57* in an immense display of power hitting that saw five punishing strokes clear the ropes, two of which finished on London Road.

Bredbury sought solace in survival after the interval but found the North East bowling in a similarly uncompromising mood. Danny Williams (2-9) and Toby Carson (2-11) quickly removed any outside chance of a potential assault on the first innings total before change bowlers Henderson and Heath also added strikes. This left the unlikely duo of James Banner and Chris Williams to mop up the tail with the former returning 3-19.

On the main square at Brooklands the 2ndXI continued their comfortable start after promotion last season to make it two wins from two completed fixtures. Juniors Saul Gould (46) and Will Westerby (41) were the pick of the batsmen as the Jets posted 161 despite losing their final three wickets without adding to the total.

After a rare wicketless weekend last time out, Simon Hare (2-25) struck twice from the opening over of the second innings before the spinners took hold of the innings. Mikey Gilmour (1-14) and Adam Burgess (4-25) shared five wickets and thirteen maidens to slowly strangle the home side who were finally dismissed for 90 at the end of the 34th over.

A first senior half century for Owen Johnson (62*) wasn’t enough to preserve the Saturday sides’ perfect record in 2020 as the 3rdXI fell narrowly short in their run chase at Europa Exiles. The Jets restricted the home side to 131-6 but the batsmen failed to keep up their side of the bargain as they finished an agonising eight runs short of victory at 124-9.

Captain OJ played almost a lone hand after tea, coming to the crease at 31-3 and carrying his bat for an unbeaten 62* (2x4, 0x6, 58b). Wickets fell regularly around him and a lack of partnerships left North East with too big a mountain to climb. The 3rdXI will be looking to bounce back next week when they host Holmes Chapel on Jackson’s Edge.

The 4thXI mirrored much of the Saturday highlights as they collected a first league win of the campaign by an eight-wicket margin at Bredbury St Marks. Dan Mullany’s unbeaten 65* expertly marshalled the chase and delivered another maiden senior fifty on a good weekend for the club’s youngsters.

The Jets were chasing down just 122 as a fine team display of bowling limited the home side’s scoring opportunities, especially once Sam Turnbull delivered the key top-order wicket. The undoubted highlight though was a stunning boundary catch from Rob Bowden that will live long in the memory for those there to witness it.