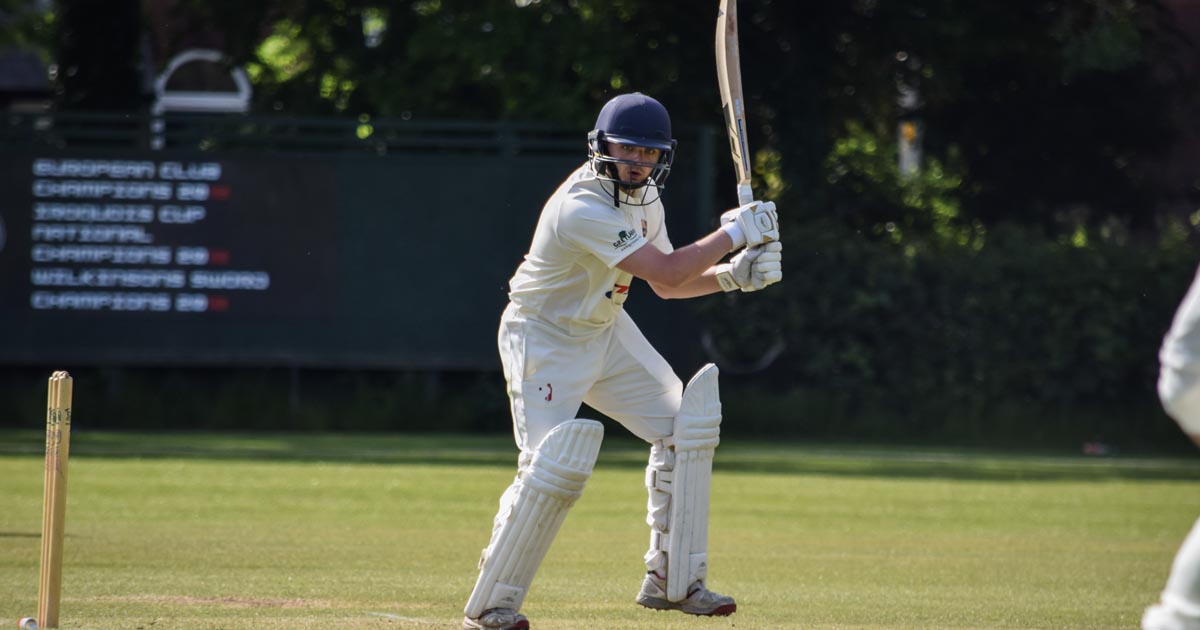 A roasting weekend that was made for batting saw a third Jets centurion of the season as Sam Scragg struck a maiden hundred or the 2ndXI. His unbeaten 101* was the only meaningful contribution from the batsmen though on another mixed week of results.

For the second time this season the 1stXI came out on top in a game of fine margins with Kingsley. Whilst the first fixture was a high-quality encounter that suggested either side could potentially push for promotion, this was an error-strewn afternoon between two mid-table teams struggling for consistency. In the end the Jets snuck home but not before a nerve-shredding 10th-wicket stand from the visitors.

Even accounting for a dry wicket that didn’t assist strokeplay, the scorching heat caused batting brains to melt as the 1stXI were dismissed for a miserable 104 after winning the toss. Only 25 extras -- comfortably the innings’ top score -- helped to swell the total as the batsmen offered up six tame catches into the outfield. It left little to no margin for error and the side were summoned to run fielding drills through the tea break as penance.

This obviously sparked something as the Jets then ran riot with the ball, Kingsley losing three of the top order without scoring and soon finding themselves in an almighty mess at 52-9. The only blight was a second life for the obdurate Creek who looked to break the shackles with a rare moment of aggression only to find the four fielders who could conceivably have taken the catch all leave it to each other.

It appeared to matter little, that was until last man Martyn Jenks (28*) arrived at the crease and made a mockery of his position in the order -- and everyone else's batting on the day -- by smashing the ball to all parts. Cue panic stations until, with just 8 runs required, James Banner’s first legal delivery kissed the edge of Creek’s bat to end a truly bizarre day’s play.

Sam Scragg became the latest addition to the Jets’ centurions list as the 20 year-old delivered a masterful innings to guide a successful chase at Bredbury. The 2ndXI were pleased to hold the home side to 181-8 as their top eight all registered double figures without a significant score to take them over 200. Nathan Warner’s (3-21) death bowling delivered three scalps in his second spell to lead the Jets analysis and set up a chase that got off to the worst possible start.

A wicket first ball sparked a collapse to 19-3 but, having found himself facing up to the second hall of the reply, Sam Scragg stood tall. He repaired the damage by dominating stands of 49, 54 and 36 for the next three wickets to fall, passing fifty in the process. He went on to carry his bat for 101* (12x4, 3x6, 100b), a maiden century and a superb feat of concentration and technique in energy-sapping heat.

There was a pleasant surprise for the 3rdXI when they lost the toss at Urmston and were invited to bat. Did the host know something the Jets didn’t? Perhaps, given that opening bowler Andre Pepa went on to return 5-29. There was the customary lack of runs from the top of the threes’ order but also the now weekly late order rally, this time skipper Andy Welsby (43*) and Luke Johnson (30) adding 62 for the 7th wicket to help post a potentially defendable 144-9.

Early wickets would be required to make that happen but they were in short supply as Urmston’s top order found the boundaries with regularity. The 3rdXI turned in a really gutsy performance though, reducing the hosts from 93-1 to 144-7 when it would have been easy to throw in the towel. Left-arm spinners Andy Hadfield (3-27) and Adam Burgess (2-10) led the way but more top order runs are required to help deliver consistent results.

The 4thXI’s slump continued with a third consecutive defeat. Since topping the table the side have suffered stage fright and were well-beaten by the better side here as Marple completed a clean sweep over the Jets. Only a late-order riposte from Jamie Bray (32) and Ed Parkinson (28) took the North East score to 147 which was quickly proved to be well below par.

The hosts gave the Jets short shrift on their way to an 8-wicket win, setting off like a train to successfully chase the runs inside twenty overs. Openers Massey and Leech struck 49 and 64* respectively, both scoring well in advance of a run-a-ball. The result leaves the 3rdXI looking to arrest their recent tailspin as they travel to Bredbury next Sunday.