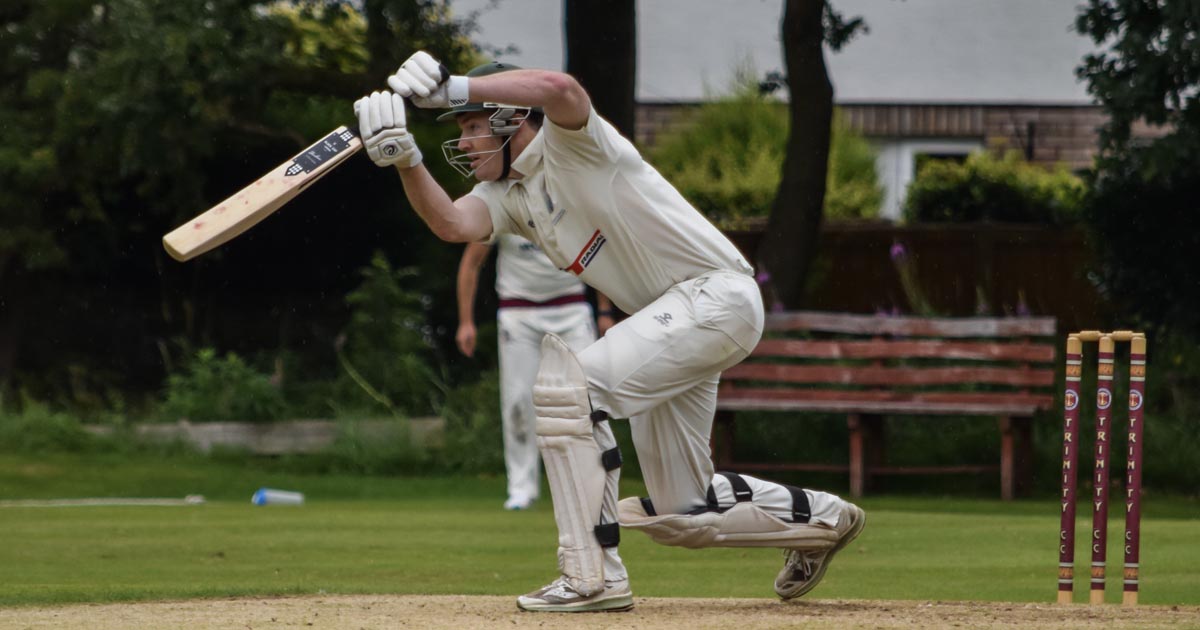 The Jets dodged the showers on Saturday to deliver a full set of wins to set up an intriguing final two months of the season. Club captain Jake Reynolds led from the front to hit the 1stXI's first hundred of the summer, whilst the lower grades produced some fine bowling to limit their opposition to low scores. Sadly, the rain prevented the chance of the club going 4/4 across the weekend as the 4thXI were abandoned after less than 7 overs.

Under leaden skies and against the league’s in-form bowling attack, 1stXI captain Jake Reynolds struck a match-defining century to take the Jets to a dominant win at Stockport. The hosts had recently skittled promotion contenders Maritime and Hawk Green and boast the league’s leading wicket-taker in the shape of former Sussex pro Naveed Gondal. Patience upfront was matched by some explosive hitting late in the innings though as Reynolds batted the majority of the 50 overs for a superlative 107 (6x4, 4x6, 139b).

He went up the gears and raced through the nineties as the hundred was brought up with a blitz of 4,6,6 to the delight of his teammates sheltering from the drizzle in Stockport’s grand old pavilion. His second fifty arrived at quicker than twice the rate of his first, playing watchfully in the opening period in a stand of 49 with Manning Berry (35) before cutting loose to add 82 for the seventh wicket with James Banner (25*). It positioned the side perfectly at tea to allow the bowlers to stamp their authority on proceedings after the interval.

Stockport looked to keep up with the rate from the off but couldn’t do so without losing early wickets. Toby Carson (2-31) and Manning Berry knocked over the top four to allow the introduction of spin, Will Westerby (4-41) claiming the prize wicket of Gondal who was well caught at midwicket. The youngster accounted for the entire home middle order to allow Aussie Berry to return at the tail. He quickly cleaned up to claim 4-30 and reach 20 league wickets for the campaign, earning an early dart to his evening flight for a short Iberian break.

An overdue maximum-point win lifted the 2ndXI back into the promotion spots as rivals Timperley fell to an unexpected defeat ahead of the key clash between the sides next week. Here the Jets overcame a tricky Lindow side with an improved batting display where all of the order chipped in. No batter passed fifty, but four scores in the teens were added to by John Westerby (41), Luke Johnson (28) and Matt Mullany (28) to help post 176-7 and give the bowlers something to work with after a few tough weeks.

After his contribution with the bat, Johnson (1-7) led a youthful left-arm pace attack that gave way to their veteran spin counterparts to turn the screw. Lindow’s female overseas was stumped by Rory Caine who enjoyed his work behind the stumps, snagging four dismissals. Veteran Steve Vose offered some resistance with 22 but he was only joined in double figures by one other visiting batter as Jimmy Williams removed Vose on his way to a match-winning 4-20, Burgess one behind on 3-24.

A fine bowling display helped set up the 3rdXI for a fourth win in five as they dismissed visitors Cheadle Hulme for just 107. They were made to work hard for the wicket of visiting captain Masror Ahmed (50), but when he was caught behind off Elliot Ashton-Bryant (4-21) for an even fifty the innings soon unravelled. The Jets were even treated to an over of mystery spin from Nick Knight that returned 2-5 to quickly wrap up the innings, the more orthodox slow bowling of Bajaj assisting with 2-42.

An uncomfortable run chase that started and ended with a couple of comedy run outs to keep the visitors interested but the threes did enough to get over the line. Andy Welsby (40) and Elliot Holt (21) added 53 for the second wicket before three wickets fell with the score on 84. Henry Woodall (14*) and Elliot Ashton-Bryant (15*) saw the boys home though with a couple of red inkers to complete the full set of Saturday wins.

Just thirty-nine deliveries were possible on Sunday before the showers closed in on the Heatons Sports Club. It meant a second abandonment of the season for the 4thXI who had eased their way to a watchful 18-0 after electing to bat, openers Rory Caine and Rob Bowden accruing some useful fantasy points and a small boost to their respective averages 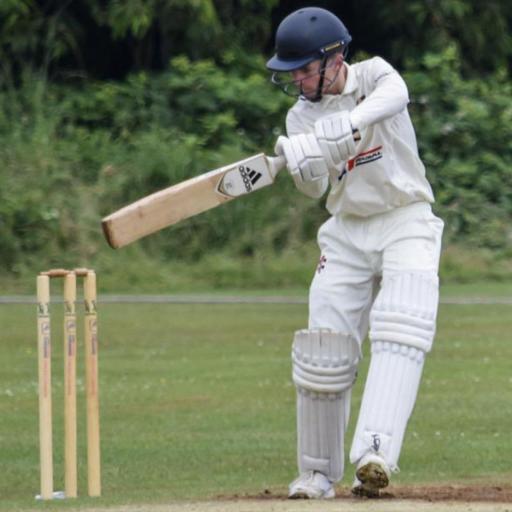